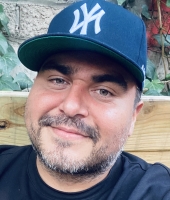 Joseph Arroyo has dedicated his career to the advancement of rights and protections for the lesbian, gay, bisexual, transgender, and queer (LGBTQ) community. He is a leader in coalition building, community organizing, and relationship building. As Field Director at Equality California, Joseph managed the first-ever controlled experiment in the Latino community that measured the persuasive effect of a phone conversation on views of same-sex marriage. Joseph was then recruited to serve as Deputy Field Director for Mainers United, the first-ever campaign to win same-sex marriage by a popular vote.  Joseph’s work on marriage campaigns included field efforts in California, Indiana, Delaware, and Rhode Island.

Joseph continued his work in the movement as Field Director for Houston Unites, a campaign to protect Houston’s transgender-inclusive nondiscrimination ordinance. He was also the Northeast Regional Director at GLSEN, an organization working to ensure that LGBTQ students are able to learn and grow in K-12 schools free from bullying and harassment.

He is currently the Senior Manager of Local Initiatives working with members of Mayors Against Illegal Guns, a nationwide coalition of mayors working with Everytown for Gun Safety to end gun violence and build safer communities.

Raised in Los Angeles, Joseph is a proud gay Chicano whose Catholic upbringing led him to fight for marginalized communities. In 2019, he ran the LA marathon, which has inspired him to sign-up to run the 2021 NYC marathon. If he isn't running campaigns or marathons, you can find him in Crown Heights, Brooklyn, or at one of the many tiki bars in NYC.