Mother's Day Wishes from The Moms of Trans Kids

By:
Families for Trans Equality

From Samantha, the mother of a transgender girl: 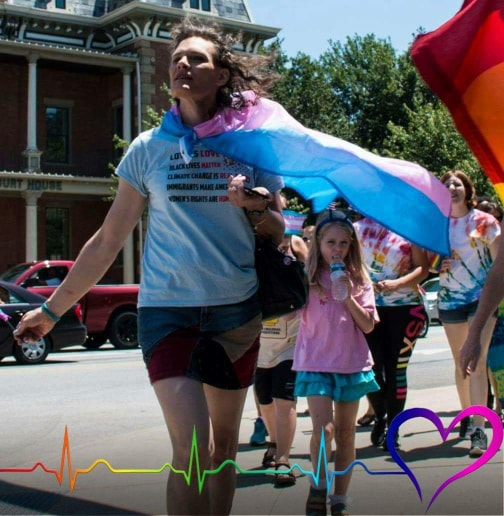 February 6, 2015 was the day our family changed forever. Prior to that day we thought we had 2 sons. That was the day that our youngest; then 6 years old, told us “I really feel like a girl inside. I’ve felt this way since before kindergarten.” In other words, since she was 3 or 4 years old she had felt out of place with being identified as a boy. We didn’t know exactly what to do, but we knew that not affirming our child wasn’t an option. “What if it’s a phase?” What if it is? There’s no harm in letting the phase play out, but there is great harm in denying a person’s identity. A couple of months later, our youngest “son” became our only daughter, and the change was almost instantaneous.

Gone was the sullen child who had never smiled a genuine smile for a posed picture, and even found face painting: which she had asked for, to be a sad time. In that child’s place was an outgoing, rambunctious social butterfly who embraced every aspect of her personality; best summed up by seeing her dressed as a pirate princess in Anna & Elsa Mouse ears at Disney World later that summer. Witnessing our daughter’s exuberance for life kicked me into action, and a year after she socially transitioned, I began my own transition. This is what Mother’s Day means to me. Seeing my son and daughter grow into the best versions of themselves that they can be. Being here for my children, and knowing that when the times comes for my daughter to take whatever steps she decides to take in her transition, that I will be able to guide her. Parent the children you have, not the ones you thought or wished you had. That’s what being a mother means to me.


From Sam, the parent of a transgender girl: 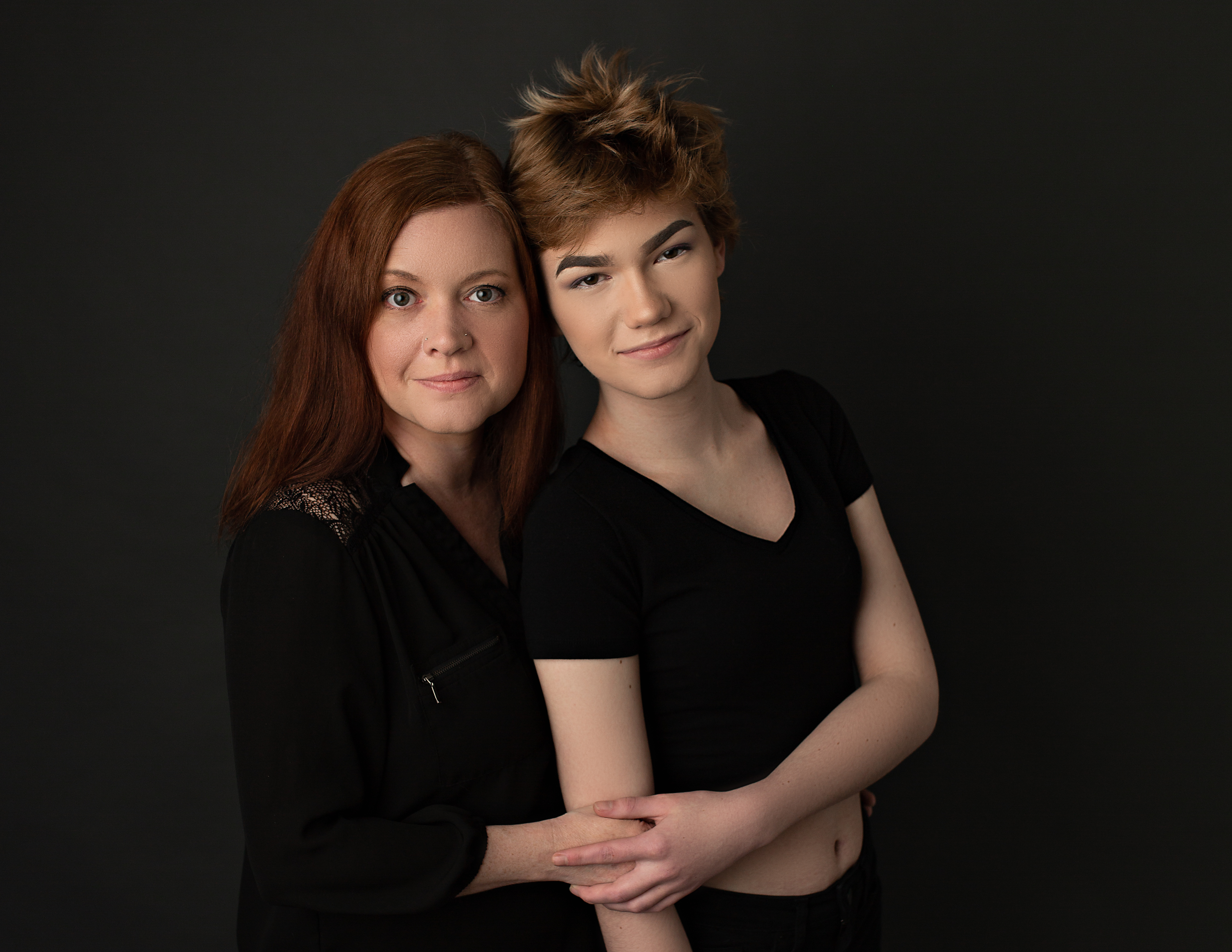 She is brave, she is strong, she is fierce, she is kind, she is talented, she is beautiful, she is my daughter and she happens to be transgender.

My daughter’s transition has taught me the true meaning of bravery.  I watch her as she faces everyday like a warrior princess knowing she is walking into a world that’s unaccepting she does her best to smile, stand tall and never let them dull her shine.  And try, believe me they do try.

My daughter’s transition has taught me that sometimes things, people, situations are out of our control and not always being in control is okay.  There is strength in going with the flow, in fluidity there is still movement. As parents we have stories in our heads of who our children will be, what they will do for a living, who they will marry, how many kids they will have and who they will ultimately be. I have learned that sometimes stories change and it wasn’t my story to begin with. It has and will always be hers.

My daughter’s transition has brought me to self acceptance and through that self acceptance to advocacy.  We, unlike many others, were lucky to have an accepting family & community when we both realized our truths.   While we were lucky, so many others are not as fortunate and don’t  have the love and support that has helped my daughter thrive.  It is for that reason we both give to our community through advocacy, activism, fundraising and education.

Lastly, my daughter transition has taught me the meaning of unconditional love.  It is with that love that she is thriving, she is an honor roll student, a singer, a model, a designer and overall a well rounded kind person.  Yes, our story changed but I wouldn’t for a moment choose for that story to be written differently. She is my daughter and every day I am beyond proud to be her mother.

From DeShanna, the mother of a transgender girl: 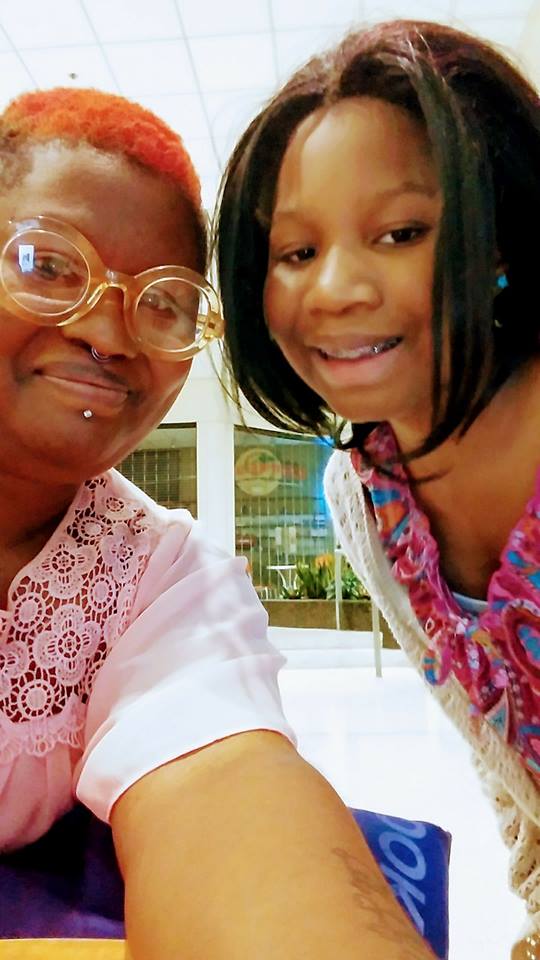 Right now, you don't know that you're going to be a mother one day. All that you know is that you are struggling to hold a smile because of deep seated depression. A depression you dare not express to anyone because there's no reason for it. Right now, you're questioning if living matters, if you'll get into college. If you'll succeed in life so that your future will be better than your past and present. What you're not thinking about is being a mother.

You are struggling with eating because staying thin is the only thing you control. You wonder why the friends you have even like you and you hide so many other feelings. You contemplate a future but it's often bleak and filled with unknowns. But what you never imagined was being a mother.

And how could you?

You didn't like kids. You never wanted them. You knew for certain you'd be the worst kind of mother.

My dearest 14 years-old self, I'm here to tell you, that in 8 years you will be given that child you didn't think you could mother.

And I have news for you, 14 years-old me. In four years, she'll change your world. She'll tell you she's a girl and not a boy. She'll be a transgender child.

That may feel like too much and you'll laugh incredulously at the concept that you, the depressed, faking, starving, kid hating, teenager could possibly handle such a journey.

But know this. You will. You'll fight battles and stand with her. You'll advocate and find a strength you didn't know you had. That you believe you never had. You will love her fiercely.

You will do it. Because you, the one who believes you couldn't be a mother. Any mother. You will be her mother and you are going to be just right for her.

Thanks for not giving into the darkness 14-years-old me. 36-years-old you is glad you didn't.

P.S. We have FOUR amazing children who are changing the world.