By:
National Center for TransgenderEquality

Today, the Executive Director of NCTE Mara Kiesling along with our policy interns are joining the Leadership Conference on Civil and Human Rights and other civil rights organizations at the Rally for Voting Rights and Our Democracy in Roanoke, Virginia. The rally is taking place today to commemorate the second anniversary of the Supreme Court striking down a central part of the Voting Rights Act.

The Shelby V Holder decision drastically reduced the federal government’s role in overseeing voting laws in areas with a history of discrimination against African Americans. NCTE joined other LGBT and civil rights organizations in expressing our disappointment at the ruling 2 years ago. There has been a call to restore the Voting Rights Act (VRA) from individuals and civil rights organizations across the country, which has sadly been ignored by Congress. This is extremely troublesome because since the Court’s decision, several states have passed laws restricting access to voting including the notorious Voter ID laws. Our efforts should be directed towards increasing voter turnout not restricting people’s ability to vote. 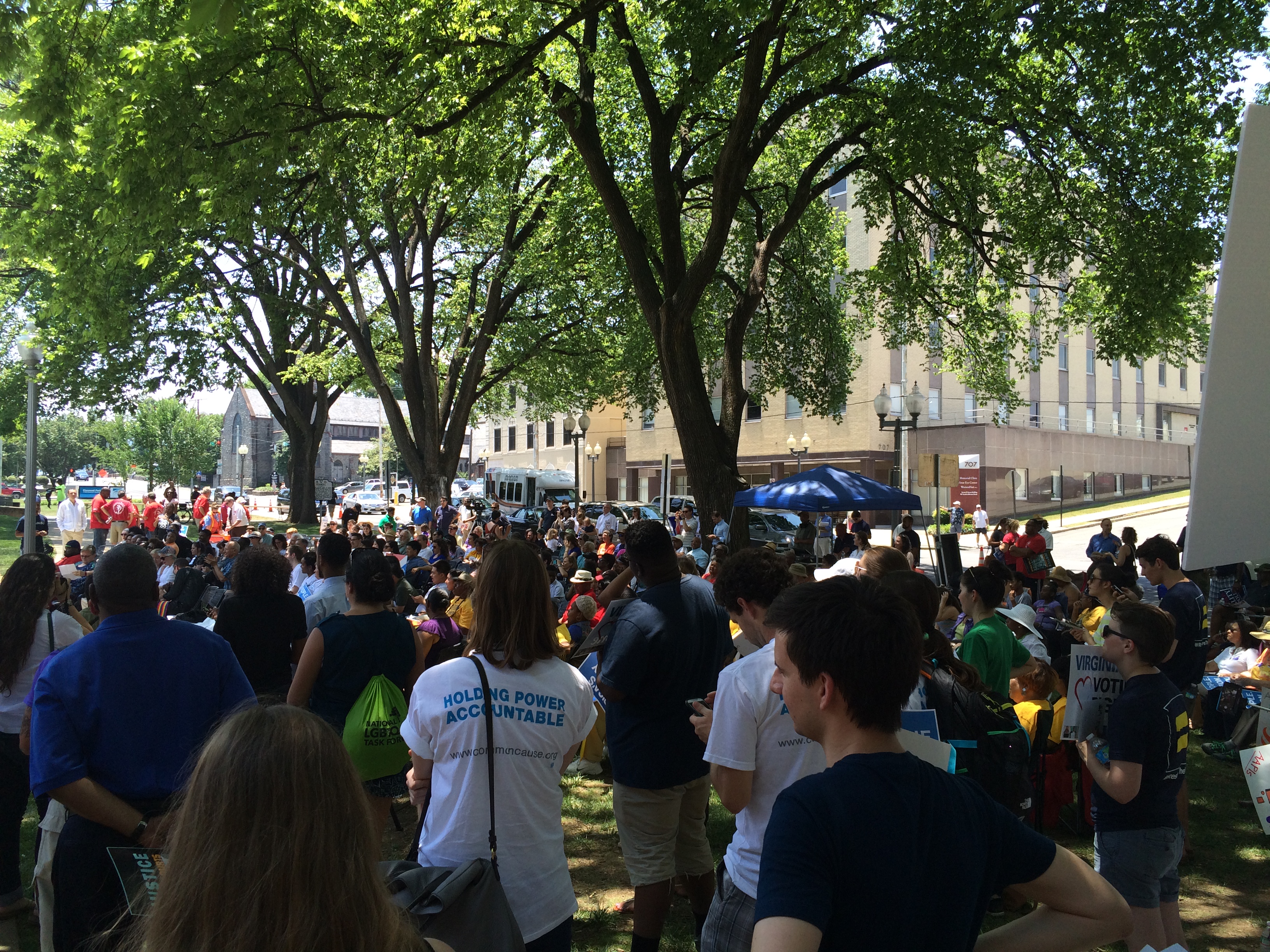 The rally is happening in Roanoke, VA because it is the district of Representative Bob Goodlatte who chairs the House Judiciary Committee. Rep Goodlatte has publicly said that he will not support strengthening of the Voting Rights Act. Advocates hope that this rally will send a clear message to Rep Goodlatte and urge his to act on his responsibility.

"In this 50th anniversary year of the Voting Rights Act, voters are more vulnerable to discrimination than at any time since the law was first passed in 1965. Congressional leadership has yet to act on restoring the law and Rep. Bob Goodlatte, who represents part of Roanoke and chairs the House Judiciary Committee, has yet to take action to protect voters from discrimination in Virginia and throughout the nation.
Despite public outcry since the Shelby decision, Rep. Goodlatte has refused to even acknowledge widespread voting discrimination or to allow a hearing in his committee. Virginians currently live under racially gerrymandered districts; they understand that protecting voting rights for all means holding Congress and Rep. Goodlatte accountable for ignoring the responsibility to act."

Voting rights is absolutely a transgender issue; we know that voter ID laws hinder transgender people from voting. This is especially true for trans people of color, low income people, the elderly and people with disabilities. These are the communities whose voices should be amplified in elections and public policy. NCTE is proud to join the Leadership Conference, NAACP, Human Rights Campaign, Asian American Advancing Justice, National Black Justice Coalition and other civil rights organizations in today’s rally.

Voting is a fundamental civil right and having our voices heard on the issues that matter to us is the basis of our democracy. The Voting Rights Act has helped many exercise this right and it should be restored immediately. Yesterday Senator Patrick Leahy and Rep John Lewis introduced the Voting Rights Act. 2016 will be the first time in 50 years that voters don’t have the full protections of the VRA and it is crucial that Congress acts to restore them.