Five days after taking the helm of the US Defense Department, Secretary Ash Carter came forward in support of open transgender military service. While addressing a group of service members in Kandahar, Afghanistan, Lieutenant Commander John Ehrenfield asked Secretary Carter: “What are your thoughts on transgender members serving in an austere environment like this here in Kandahar?”

Secretary Carter said, “We want to make our conditions and experience of service as attractive as possible for our best people.” Secretary Carter added, “I don’t think their suitability for service should preclude them.” 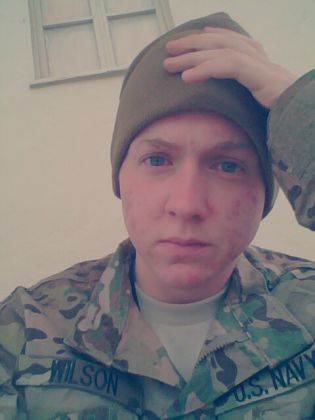 The White House and President Obama stood by Secretary Carter’s comments in a statement replying to a question from the Washington Blade. Press Secretary Josh Earnest said, “I can tell you the president agrees with the sentiment that all Americans who are qualified to serve should be able to serve, and for that reason, we here at the White House welcome the comments of the secretary of defense.”

Lieutenant Commander Ehrenfield asked Secretary Carter this question because of a transgender service member in the audience who risks their life for the United States everyday, but hides in the shadows of who they are because of this outdated policy.

It has been over eight months since former Secretary of Defense Chuck Hagel spoke out in support of a formal review on the US military's policy on open service for transgender personnel. In that span, there has been no review and no official change in the military's position, which means that an estimated 15,500 actively serving soldiers, sailors, airmen, Marines, and guardsmen remain at risk of losing their careers because of an antiquated policy.

As a veteran and as someone who lost my career in the U.S. Navy for being transgender, I remember the optimism that I felt after Mr. Hagel made his statement--it gave me hope that something was going to change. Since then, there has not been such an encouraging step forward for transgender military members until Secretary Carter’s comments.

At SPARTA: An LGBT Military Organization, an organization which I serve as a board member, we have seen how being in limbo can affect our troops. I have seen people have less fear about facing an enemy than the fear of being “outed” as transgender. I've experienced first hand the loss of a career because of something fundamental to who I was as a sailor and who I am as a person. Our military deserves better; our thousands of active military service members deserve better.

Secretary Carter’s statements and the backing of the White House are powerful statements, but statements that, indeed, still require action. With the support of military organizations and the National Center for Transgender Equality, we strongly urge Defense Secretary Carter take the lead and send the message that an inclusive military is a stronger military, and it's time that our policies match the strength of the men and women in uniform.