On May 23rd, the National Center for Transgender Equality will host its annual Trans Equality Now Awards, an opportunity to commemorate and honor advocates and allies for transgender people and our rights. Among the honorees at this year’s ceremony will be Earline Budd, Non-Medical Case Management Specialist at HIPS, who will receive the Community Builder Award. 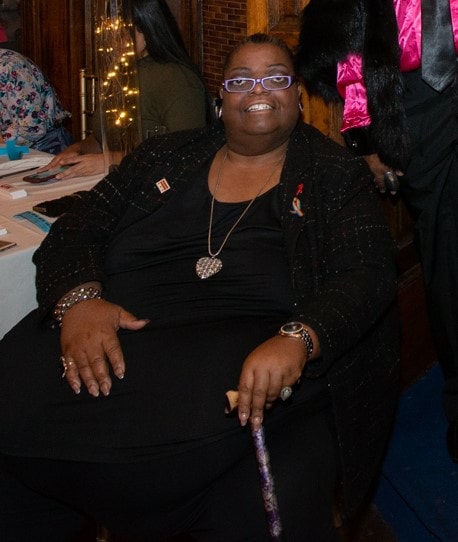 Earline is a longtime resident of Washington, D.C.where she has worked in local LGBTQ advocacy for over 35 years. She played an essential role in challenging systemic abuses against transgender sex workers by police and in prisons, and has helped countless people through illness, homelessness, family rejection, poverty, and violence. As Earline herself has noted, she has lost over 400 members of DC’s LGBTQ community close to her and her work.

Budd began her notable career in 1987, when she was kicked out of the Kalorama Road Skating Rink under the business’s ban on “crossdressing.” Budd successfully filed a complaint to the DC Office of Human Rights, claiming the skating rink clearly discriminated against her as a transgender person. OHR agreed, distributing the maximum charge of $400 from the skating rink to Budd. Not only did the skating rink reverse the policy--they issued Budd a handwritten letter of apology.

Budd went on to support local organizations during the height of the AIDS crisis in the 1980s, working with the Inner City Aids Network. Budd fought crossdressing bans across the District, including within the Department of Corrections. She successfully ended a crossdressing ban enforced against visitors to DC prisons and jails including Lorton Correctional Facility, where she was once held herself. She ended the ban while working at Transgenders Against Discrimination in the District (TADD), founded by D. Curry and headquartered on L Street SE.

Budd continued to fight for transgender people in the district, eventually forming Transgendered Health Empowerment in 1996, providing life-saving direct services and harm reduction work to the transgender of community in DC until its closing in 2013.

From 2009 to 2012, the District experienced a rash of anti-transgender violence. Ty’lia Mack was murdered on the 200 block of Q Street NW in 2009. Lashai McLean was shot to death in Southeast DC in 2011, months before another transgender woman reported being raped in a DC shelter. Deoni Jones was stabbed to death in 2012, resulting in a vigil of over 200 people led by Budd and other regional advocates. In July of 2013, at least three transgender women were injured by violent attacks.

Budd was at the forefront of the response to this violence, putting pressure on the Police Department and the Mayor’s Office to respond to the crisis with due diligence. She was a regular sight at vigils, and frequently led efforts to lay those lost to violence to rest. In 2012, Budd was sworn in as a member of the DC Human Rights Commission thanks in part to her work to respond to the crisis. 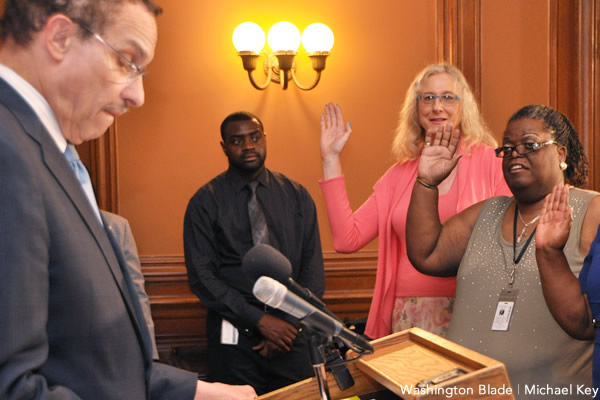 Today, Budd continues to serve as a leader for the transgender community as a Non-Medical Case Manager at HIPS, a direct services organization now located in Northeast DC. Most recently, Budd led a vigil for Ashanti Carmon, a 27-year-old transgender woman shot and killed just outside of DC in Prince George’s County, as well as the fundraising efforts for her funeral.

Budd is one of countless transgender advocates working to ensure the safety of their communities and fight for the equity and justice they need. It’s in this spirit we’re so proud to honor Earline and her life-saving work.