On May 23rd, the National Center for Transgender Equality will host its annual Trans Equality Now Awards, an opportunity to commemorate and honor advocates and allies for transgender people and our rights. Masen is a lifelong advocate for LGBTQ equality and has previously served on the board of directors of NCTE. 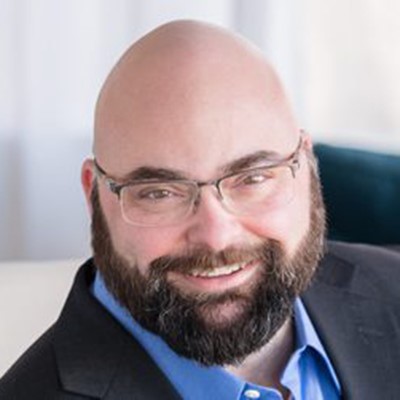 Masen Davis was born in Missouri where he moved around the state to follow his father, a Methodist minister. He earned his Bachelor of Arts Degree from Northwestern University in 1993 and his Masters in Social Welfare from the University of California Los Angeles nine years later.

While living in Chicago, Davis found himself as both an advocate and as a member of the LGBTQ community. As Davis told HuffPost:

“I came out into the LGBT community about 20, 25 years ago at this point (though it’s hard for me to imagine sometimes!) and then came out as transgender in my mid-20s and have been active in the community ever since.”

He soon began volunteering with Horizons Community Services, the Midwest’s largest and most comprehensive social service agency meeting the needs of Chicago’s diverse gay and lesbian community. Davis eventually started working in the HCS’s anti-violence project. As he told the Windy City Times:

"It was a great place to learn, and in many ways, I feel like Chicago is my home—it's where I came out and just a great city.”

Davis relocated to Los Angeles in 1995, working for the local United Way of Greater Los Angeles as development director. In 2007, he was appointed as the Executive Director of the Transgender Law Center in Oakland.

Under Davis’ leadership, the Transgender Law Center built upon its stellar and storied history of securing rights for transgender people in the Bay Area, in California, and around the nation. TLC successfully helped fight for the rights of transgender people to work free from discrimination, enjoy the right to marriage equality, attend safe and affirming schools, and secure accurate documentation from Social Security and US Customs and Immigration Control.

Davis’ work was likewise crucial in removing discriminatory exclusions from insurance plans across California and passing the state’s School Success and Opportunity Act, which secured the rights of transgender students to a safe, affirming, and equitable school environment.

In 2015, Davis left the Transgender Law Center and worked for Global Action for Trans Equality as co-director before joining Gill Foundation as Executive Director of Special Projects. Davis recalls his time at TLC as a “tremendous ride”:

"I am extremely proud of what I've done since I've been at Transgender Law Center. "The organization was already in good shape, but we have grown tremendously since I've been here...we have come so far and have so many more legal protections and much more visibility than we've ever had. There's so much that we have to build on at this moment."

In 2017, Davis was appointed the Chief Executive Officer of Freedom for All Americans, a bipartisan campaign to secure full nondiscrimination protections for LGBTQ people nationwide. Through policy advocacy and public education, FFAA works at the federal, state, and local level to advance measures and laws protecting from discrimination on the basis of sexual orientation and gender identity and expression.

In 2018, FFAA and its state affiliate Freedom For All Massachusetts led the Yes On 3 campaign, the first statewide campaign challenging a ballot initiative putting transgender rights at risk. The initiative, which was supported in part by the National Center for Transgender Equality Action Fund, was ultimately successful in preserving those right, marking a historic precedent for transgender people as a social and political force.

“We amplified stories from communities of color, diverse parts of the state, and non-binary people to show voters that this law impacts everyone. It is undeniable that the visibility of the transgender community tipped the scales in our favor. We know that when transgender people and our loved ones tell their stories, we win.”