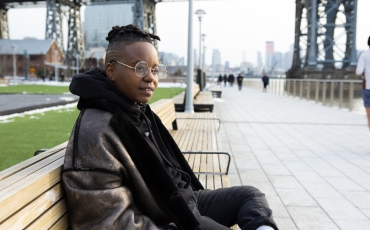 Homelessness is also a critical issue for transgender people; one in five transgender individuals have experienced homelessness at some point in their lives. Family rejection and discrimination and violence have contributed to a large number of transgender and other LGBQ-identified youth who are homeless in the United States – an estimated 20-40% of the more than 1.6 million homeless youth. Unfortunately, social service and homeless shelters that work with this population often fail to culturally and appropriately serve transgender homeless people, including denying them shelter based on their gender identity; inappropriately housing them in a gendered space they do not identify with; and failing to address co-occurring issues facing transgender homeless adults and youth. NCTE works with federal and state agencies to ensure transgender people do not face discrimination in housing and in homeless services. HUD has required grantees including homeless shelters to abide by state and local nondiscrimination rules; the Substance Abuse and Mental Health Services Administration (SAMHSA) has created and promoted educational resources on serving LGBT homeless youth; and the Administration for Children and Families issued the largest-ever LGBT focused federal grant to develop a model program to support LGBT foster youth and prevent them from experiencing or returning to homelessness.

Biden Administration Breaks Down Barrier To Housing for Transgender People

The US Department of Housing and Urban Development (HUD) today confirmed that the Fair Housing Act protects people from discrimination based on gender identity and sexual orientation.