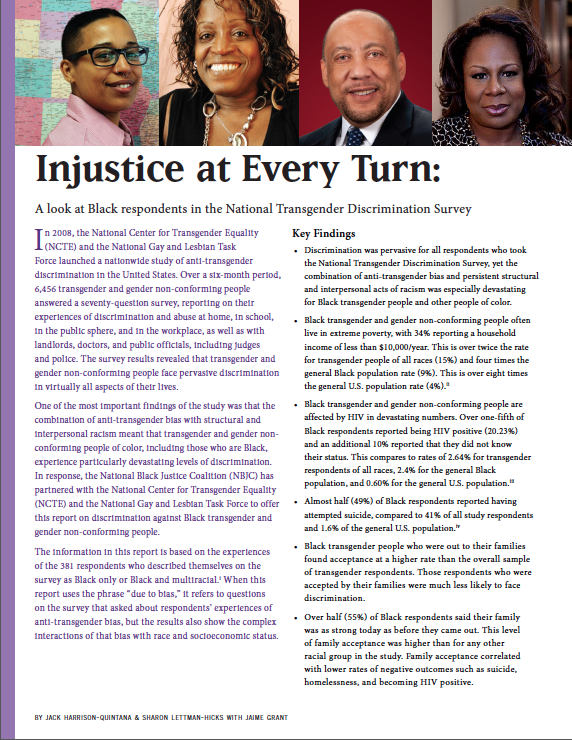 One of the most important findings of the study was that the combination of anti-transgender bias with structural and interpersonal racism meant that transgender and gender non-conforming people of color, including those who are Black, experience particularly devastating levels of discrimination. In response, the National Black Justice Coalition (NBJC) has partnered with the National Center for Transgender Equality (NCTE) and the NaNational LGBTQ Task Force to offer this report on discrimination against Black transgender and gender non-conforming people.

The information in this report is based on the experiences of the 381 respondents who described themselves on the survey as Black only or Black and multiracial. When this report uses the phrase “due to bias,” it refers to questions on the survey that asked about respondents’ experiences of anti-transgender bias, but the results also show the complex interactions of that bias with race and socioeconomic status.