Standing With LGBT Prisoners: An Advocate’s Guide to Ending Abuse and Combating Imprisonment 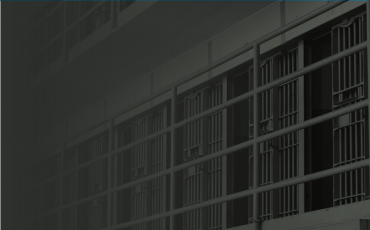 WHY PRISONS ARE AN LGBT ISSUE

Jails are traumatizing and often dangerous places, especially for lesbian, gay, bisexual, and transgender people, and anyone who is gender nonconforming. In a country that incarcerates more of its people than any other in the world, LGBT people are more likely to end up behind bars, and more likely to face abuse behind bars. Being LGBT in a US jail or prison often means daily humiliation, physical and sexual abuse, and fearing it will get worse if you complain. Many LGBT people are placed in solitary confinement for months or years just because of who they are. Fortunately, advocates across the country are working to change this. Today, there are new national standards, legal developments, and other new tools—as well as many allies beyond the LGBT community who are combating mass incarceration and abuse behind bars—that make this a better time than ever to press for change.

According to the National Transgender Discrimination Survey, 16% of transgender adults have been in a prison or jail for any reason. This compares with 2.7% of all adults who have ever been in prison,3 and 10.2% of all adults who have ever been under any kind of criminal justice supervision, including probation.4 Transgender people, especially poor people and people of color, report facing disrespect, harassment, discriminatory arrests, and physical and sexual assault by police at very high rates.5

While an estimated 4-8% of youth are LGBT, a major study of youth in juvenile detention found that as many as 13-15% are LGBT.6 Family rejection, homelessness, and hostility in the foster-care and other safety-net systems often serve to funnel LGBT youth into the juvenile justice system. Even though LGBT youth are often the targets of violence and abuse in schools, a 2010 study in the medical journal Pediatrics found that LGBT youth were up to three times more likely to experience harsh disciplinary actions in school than their non-LGBT counterparts.7

The United States incarcerates people at the highest rate of any nation in the world, with prison and jail populations over the last thirty years growing at ten times the rate of the US population.8 Nearly 7 million adults are under correctional supervision in the US today, with more than 2.2 million of them in prisons and jails.9 In addition, hundreds of thousands are held in juvenile prisons and immigration detention each year. While conditions in jails and prisons vary, overcrowding, physical and sexual violence, and heavy reliance on solitary confinement are common. The Constitution guarantees that persons deprived of their liberty must be provided with adequate food, shelter, safety, and medical care, yet these standards are often not met.

In these settings, LGBT people are especially vulnerable to abuse and mistreatment, by both staff and other prisoners. More than 200,000 youth and adults are sexually abused in prisons, jails, and juvenile detention facilities each year according to federal estimates.10 In the same federal survey, prisoners who identified as “non-heterosexual” were 3 times as likely to report sexual abuse.11 A study of California prisons found that transgender women in men’s prisons were 13 times as likely to be sexually abused as other prisoners.12 Just as in any other setting, sexual abuse behind bars can lead to post-traumatic stress disorder, depression, substance abuse, HIV, and other infections that can take a heavy toll on survivors, their families and communities, and public budgets.

LGBT prisoners also face many other forms of mistreatment behind bars. Many face constant humiliation and degradation from staff and prisoners alike. Staff may blame them for their own victimization, believing they are “flaunting themselves,” and refusing to take grievances or reports of abuse seriously. If their vulnerability is recognized at all, it may be by placing them in indefinite solitary confinement, with little or no activity or human contact—conditions that can cause serious psychological harm, and which medical experts have found to amount to torture. In other cases, LGBT prisoners’ requests for temporary protective custody are ignored.

Transgender and gender nonconforming people can face additional forms of mistreatment. Though practices are changing, many facilities still house transgender people with men or women strictly according to their genital anatomy—often increasing their vulnerability to abuse. Facilities may deny them access to gender-appropriate clothing or grooming items, and punish them for attempting to express their gender identity. In addition, some facilities still place decisions about the medical needs of transgender people in the hands of administrators rather than health care providers, adopting blanket policies against providing hormone therapy or other transition-related care.

NOW IS A BETTER TIME THAN EVER TO DO THIS WORK

Right now, jails, prisons, and other custodial agencies around the country are looking at developing policies related to LGBT people, many for the first time. Perhaps the biggest reason is the federal Prison Rape Elimination Act (PREA). Passed by Congress in 2003, this law led to the publication in 2012 of the National Standards to Prevent, Detect, and Respond to Prison Rape, known as the PREA Standards. These comprehensive standards include several provisions that direct agencies to pay particular attention to protecting LGBT and gender nonconforming individuals, as well as those with intersex conditions. Jails and prisons are strongly incentivized, and in some cases required, to comply with these standards. Starting in 2014, some agencies could face financial penalties for non-compliance.

Agencies are also noticing that we are starting to win in court. There is now a growing body of court decisions saying that many ways LGBT people have been treated in jails in the past may violate the Constitution or other legal standards. For example, in recent years, there have been several cases in which courts have found the law was violated by denying transition-related health care for transgender prisoners. While the law in some of these areas is still developing, many agencies are taking notice.

Finally, because there is more of this advocacy work going on around the country, jails and prisons are more receptive to our message. LGBT advocates are increasingly taking this on as an important issue that affects particularly vulnerable members of our communities. Other advocates working on prison reform issues are increasingly recognizing LGBT folks as a key population in need of protection. At the same time, jails and prisons are starting to hear about other agencies adopting the policies in this toolkit, and these issues seem less foreign for them. Some agencies have started developing policies on their own initiative, even in areas where they aren’t required to by the PREA Standards.

LGBT ADVOCATES CAN MAKE A DIFFERENCE

This is a resource to help introduce LGBT and allied activists to a range of issues that affect LGBT people behind bars, and prepare you to advocate for policies that will protect the safety, health, and rights of all LGBT people who may find themselves imprisoned. The bulk of this toolkit is focused on advocacy to improve conditions for LGBT people in jails, prisons and other confinement facilities. While taking immediate actions to protect LGBT people from some of the worst harms they face behind bars is critical, we believe reforming jails and prisons can never be a complete solution. As Attorney General Eric Holder has recently stated, we believe that too many people go to too many prisons for far too long in the US—at tremendous human, and fiscal, cost to all of us. Chapter 6 of this toolkit offers some suggestions for doing the important work of combating mass incarceration.

1 See Amnesty International, Stonewalled: Police Abuse and Misconduct against LGBT People in the US (2005). Available at: http://amnesty.org/en/library/info/AMR51/122/2005.