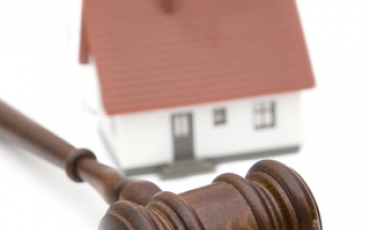 This document outlines the housing rights of transgender people and how to file complaints of housing discrimination. While we still desperately need a national law that explicitly prohibits discrimination based on gender identity and sexual orientation, existing laws provide real protection in many situations. While NCTE does not provide legal services, we encourage any person who cannot resolve housing issues through federal, state, or local fair housing complaint processes to seek legal help.

What Laws Protect Me?

The following laws offer protection for transgender people in housing:

What Are My Housing Rights?

What types of discrimination are illegal?
It is illegal for a housing provider to do any of the following because you are transgender, or because you are perceived as not conforming to gender stereotypes:

The law also prohibits discrimination because of race, color, national origin, religion, familial status, or disability (including if you are, or are perceived as, a person living with HIV/AIDS). In addition, discrimination on the basis of sexual orientation or marital status is prohibited in all federally-funded housing.

What are the housing rights of LGBT families?
Discrimination against LGBT families in any federally-funded housing or federally-insured mortgage lending is illegal, regardless of marital status. However, in private rental and home sales outside of these programs, some cases of discrimination based solely on sexual orientation or marital status may not fall within the protections of current federal law. Many state and local laws provide this protection.

Can a housing provider ask if I am transgender?
Asking whether you are transgender may be an indication of dis- crimination if you are subsequently denied housing or provided substandard housing. If a housing provider receives federal funding the law specifically forbids asking about your gender identity or sexual orientation. In homeless shelters or other temporary housing that houses men and women separately, staff may ask if you are male or female if they are unsure where to house you. If asked, you can tell them the gender you identify as. Demands for medical or legal evidence of your gender, may be evidence of discrimination.

Can I be turned away from gender-specific housing or forced into housing with the wrong gender?
Refusing to provide housing consistent with a person’s gender identity because they are transgender constitutes discrimination based on sex and/or gender identity.

What Kinds of Questions Can a Housing Provider Ask About My Gender?

In many circumstances, asking about your gender or transgender status might be a sign of discrimination. Housing programs can ask you to voluntarily share demographic information - such as being LGBT - to help them provider better services in the future. And a program that has gender-specific housing can ask you which housing is appropriate for your, based on your gender identity. However, a housing provider may not ask you questions about your body, your medical history, or make demands for medical, legal, or other documentation related to your gender for purposes of gender-specific housing.

What Can I Do About Housing Discrimination?

File a complaint of housing discrimination
If you have experienced one or more of the forms of discrimination described above, —or you believe you may be subject to a discriminatory act such as an eviction—you may file a complaint with the U.S. Department of Housing and Urban Development (HUD). Depending on the facts of your situation different laws may apply, which may be enforced by different federal, state, and local government offices. Because it may be difficult to determine which laws may apply to your situation, NCTE currently recommends that all LGBT-related fair housing complaints be directed to HUD’s Office of Fair Housing and Equal Opportunity. An attorney is not required, and most complaints are resolved without going to court.

Once you file a report of discrimination, a HUD representative will contact you to determine whether the agency can undertake a formal investigation. If you do not get a response, you can follow up at the office you initially contacted.

If you have experienced housing discrimination, you can report it to HUD by telephone, mail, or online, at no cost. To report discrimination you can either:

The Fair Housing Act also permits you to bring a lawsuit in federal court against a housing provider that has engaged in discrimination based on sex, race, color, national origin, religion, familial status, or disability. You do not need to file a complaint first to do this. However, a lawsuit can be a lengthy and expensive process and it may be difficult to succeed without an attorney. Alternatively, if you file a complaint with HUD and the agency does not find reason to believe discrimination occurred, you can later file a lawsuit in federal court. A full explanation of the Fair Housing Act complaint process can be found at: http://www.hud.gov/offices/fheo/complaint-process.cfm.

Who Else Can Help Me?

Resolving a case of housing discrimination can be complicated and stressful. Don’t hesitate to seek help from a local community organization or an attorney (or both). While NCTE does not provide legal services or referrals, there are many other groups that may give you referrals or maintain lists of local attorneys listed on NCTE’s website.

How Else Can I Help?