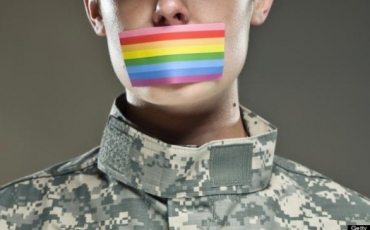 According to the 2015 U.S. Transgender Survey, nearly one in five transgender people are military service members or veterans, almost twice the rate in the general population. As transgender vets know, records with former names or outdated gender designations can put people's privacy at risk and lead to harassment when applying for jobs or benefits and in other situations. Fortunately, it is now easier to update these records.

Does the Dept. of Defense Have Standard Guidance for Updating Your Name and Gender Marker on Military Records?

Currently there is no publicly available guidance from the Department of Defense on how to update your information in the Defense Enrollment Eligibility Reporting System (DEERS) and on the DD214 Military Discharge Record. NCTE continues to seek this guidance from the Defense Department. Until clear guidance is published, below are our recommendations for how to update your information on military records.

How Do I Change My Name on My DD214 Military Discharge Record?

Congress authorized the correction of military records when it is considered necessary to rectify an error or to remove an injustice [10 U.S.C. § 1552 (a)(1)]. The form DD214 does not list gender, but it does list your name. While for most non-transgender people a service record showing a former name does not communicate any sensitive information, for transgender people disclosure of the former name can be equivalent to disclosure of transgender status. This disclosure can be considered an injustice, and is the basis for your request to update your name on the DD214.

Each military department has their own Board for Corrections of Military Records, and each Board has the discretion to evaluate requested corrections on a case-by-case basis. The websites for each Board and the address to submit your application for correction are in the Additional Resources section at the end of this document. Generally speaking, to update your DD 214 Military Discharge Record you will need the following:

What Should I Say on the DD149 Form to Request a Name Change?
The DD149 form gives you the opportunity to make a case for why having a prior name on your military record is an injustice for you. You should personalize your responses on the DD149 form according to your situation. Below is sample language to give you an idea of how you can make your case. Because the Department of Defense has not published written guidance on this issue, this is simply NCTE’s recommendation and may be updated over time.

Question 1.b Name: List your name as shown on your current DD214.

Question 3 Type of Discharge: Character of service associated with the discharge, such as Honorable, General, Other Than Honorable (OTH), Bad Conduct (BCD) or Entry Level Separation (ELS).

Question 5. I request the following error or injustice in the record be corrected as follows:
I request correction of Block 1 of DD214 to "LAST NAME, First MI" to reflect my current legal name.

Question 6. I believe the record to be in error or unjust for the following reasons:
I am a transgender [man/woman/person]. I changed my legal name from [prior name] to [current name] in [year], as evidenced in the attached name change order, to align my name with my gender identity. The appearance of my old name on my DD 214 is an injustice because it discloses my transgender status every time I show my DD 214.  This is an injustice due to the social stigma and discrimination that transgender people face. This injustice can be remedied effectively by issuing a corrected DD214 listing my current legal name. See attached for further explanation.

Question 7 Organization: The command you were serving at when you were discharged. This information is listed in block 8a on your DD214.

a. Date of Discovery – You can put in a date that was important in your transition process—such as the date when you socially transitioned, legally changed your name, or updated your identification, or you can use a date when you attempted to use your DD 214 and you were “outed”.

b. If more than three years since the alleged error or injustice was discovered, state why the board should find it in the interest of justice to consider the application, such as: I was not previously aware that it was possible to remedy this injustice, and I request correction of my record so I will not continue to have to reveal my transgender status every time I show my DD214.

What Evidence Should I Submit Along With My DD Form 149?

How Do I Update My Name and Gender in the Defense Enrollment Eligibility Reporting System (DEERS)?

In order to change your name and gender in DEERS, the DEERS/RAPIDS Service Project Office for your military department must submit a request to Defense Human Resources Activity (DHRA) for review and implementation. A gender (or name) change in DEERS will not affect the eligibility of any of your existing dependents for military benefits.

What Documents Should a Name and Gender Change Request Include?
The Service Project Office of your military department should submit scans of the below documentation for DHRA review, with the subject line “DEERS Record Change Request ICO First Name Last Name”.

Application Information for each military department’s Board for Correction of Military Records:

What is “appropriate clinical treatment for gender transition”?

SPART*A – Service Members, Partners, Allies for Respect and Tolerance for All: An LGBT Military Community
http://www.spartapride.org/